Problem A
Board Wrapping 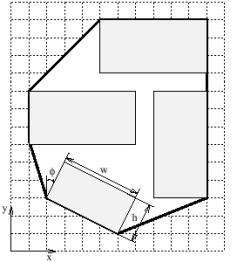 The small sawmill in Mission, British Columbia, has developed a brand new way of packaging boards for drying. By fixating the boards in special moulds, the board can dry efficiently in a drying room.

Space is an issue though. The boards cannot be too close, because then the drying will be too slow. On the other hand, one wants to use the drying room efficiently.

For every test case, output one line containing the fraction of the space occupied by the boards to the total space in percent. Your output should have one decimal digit and be followed by a space and a percent sign (%).