A large number of helium balloons have been set up as part of a carnival game. Players shoot a pellet gun into the balloons and earn a point for every balloon they pop. Each balloon is spherical and is tied to a string at the bottom. Each string is taped to a table top at a particular location. Gunshots are described by giving a three-dimensional location, $p$, for the end of the barrel and a vector, $v$, describing the direction the barrel is pointing. 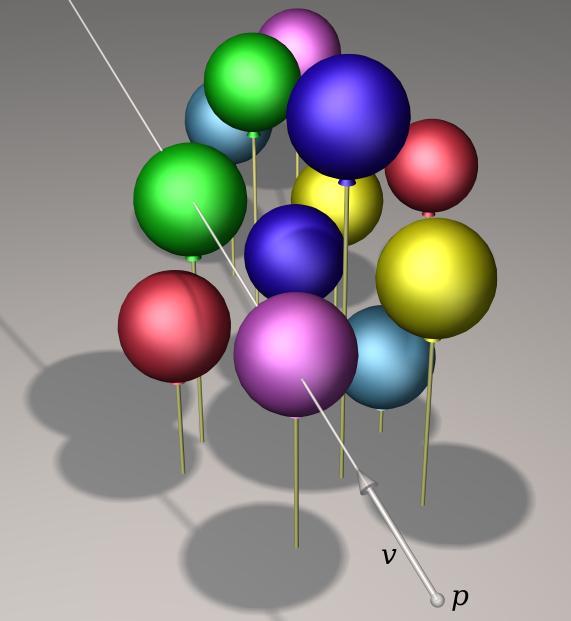 We assume that the pellet is very small and travels in a perfectly straight line when fired. It pops any balloon it passes through. The strings tied to the balloons are so thin that they are never hit by the pellet.

You can be assured that the tip of the barrel is not inside any balloon and that no balloons intersect. Also, no string from one balloon touches any other balloon and the direction vector for the gun always has positive length. All real numbers have at most $10$ digits after the decimal point. The end of all test cases is marked by a value of zero for $n$.

For each shot in a test case, output the number of points earned by that shot.