You’ve intercepted encrypted communications between Martian diplomats. Since Martian diplomats are often spies, you decide to decrypt the messages. While the Martians have skilled rocket tech, they lag behind in number theory considerably, which compromises their encryption protocol.

Fortunately for you, spies friendly to you have reverse engineered the Martian protocol. It turns out that the Martians are using a shift-based cipher combined with a very long one-time pad. More specifically, the decryption procedure works as follows: 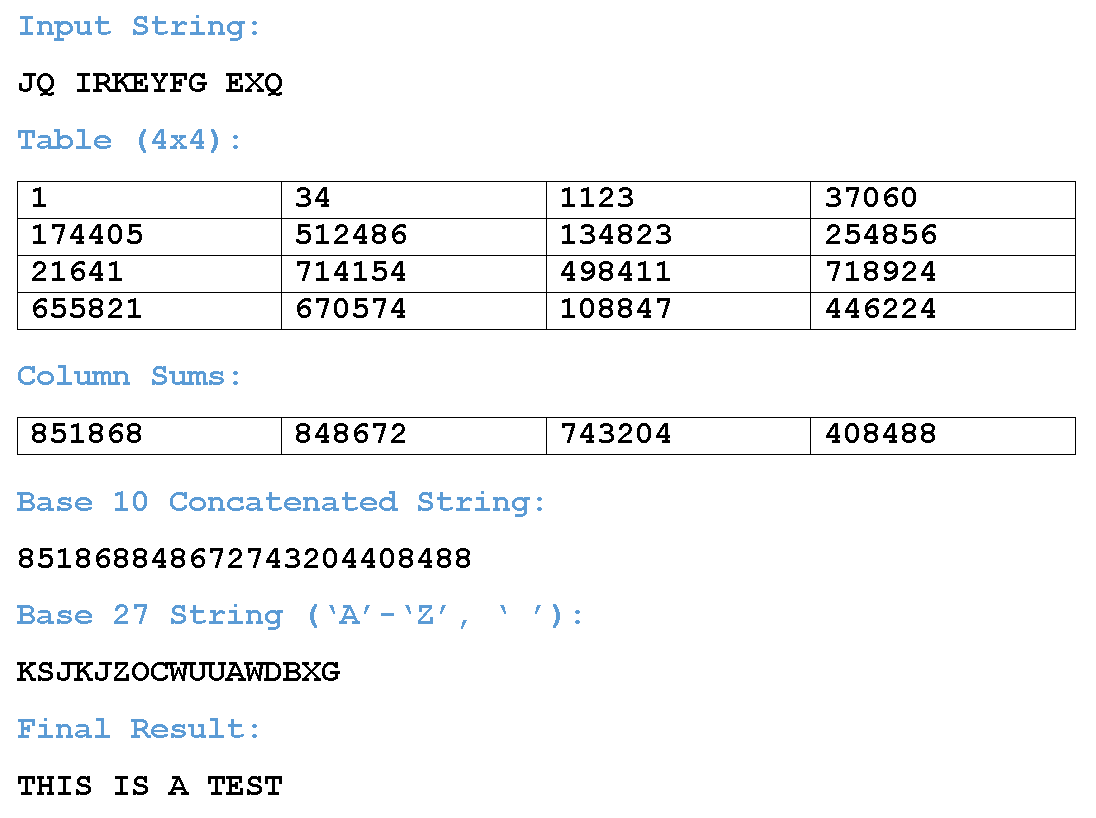 Step 4: Concatenate the base-10 representations of the column sums together, to get a very long base-10 number. For instance, if you had column sums of 10 and 12 for the first and second column, the leftmost four digits of the resulting value would be 1012.