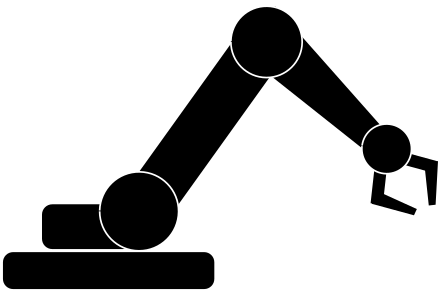 João wants to join the robotic football team of his university. However, since he knows little about robotics and mathematics, he decided to build a $2$-dimensional robotic arm to bootstrap his knowledge.

The robotic arm is composed of $N$ segments of various lengths. The segments can form any angle between them, including configurations that make it appear to self-intersect when viewed from above. The robotic arm works great, but it is not trivial to position the arm’s tip as close as possible to given $x$, $y$ target coordinates with so many joints to control. Can you help João?

Given the robotic arm description and target coordinates relative to the arm’s origin, calculate a configuration that places the arm’s tip as close as possible to the target.

The first line contains $N$, the number of segments composing the robotic arm. $N$ lines follow, each with an integer $L_ i$ describing the length of the $i$th segment from the fixed point until the arm’s tip. There is one more line with $2$ integers: the $x$, $y$ coordinates of the target point to reach.

The output should contain $N$ lines, each containing two real numbers $x_ i$, $y_ i$ indicating the coordinates of the tip of the $i$th segment.

Note that, in general, there are many solutions. Your program may output any of them.

Sample output 1 corresponds to the drawing on the left:

The drawing on the right corresponds to the following, equally acceptable output for sample input 1: