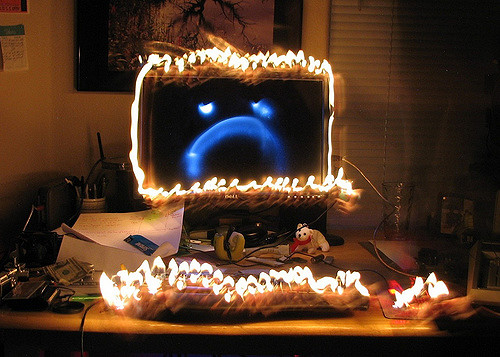 Jóhann, Marteinn and Símon have decided to make the next generation of supercomputers! They know that it probably won’t be long before Quantum computers take over, but since they don’t know anything about Quantum mechanics, they want to rush these new supercomputers out into the market, make their money, and hopefully retire with their wealth.

Since they’re trying to sell these things, they decide they need some cool features to promote the computers. Marteinn suggests painting flames on the back of the computers to make it look like they’re computing faster. Jóhann agrees, but suggests also adding a second keyboard so people can type faster, just like in that TV show: NCIS. Símon also agrees, but he thinks there’s something missing. What are they forgetting? Ah, of course, faster memory!

They decide to add an $N$-bit memory that supports the following two operations:

After announcing their new supercomputer with these three awesome features, they immediately received a large amount of orders. Of course everyone wants a supercomputer with flames painted on the back! But now it’s time to actually implement these features. While Jóhann, Marteinn and Símon are busy painting the computers and supplying more keyboards, they’ve hired you to implement their memory.

The input consists of:

For each query of the second type, output a single line containing the number of bits set to $1$ in the given range.